This is a small map that uses the same main/natural base setup than in Fern Gully. The expansion layout may seem simple and straightforward but the placement of the watch tower is made so players are encouraged to move closer to the center which at the same time puts one player closer to the opponent’s expansions while make his own expansion more vulnerable. Depending on how players want to play, they will expand diffently. 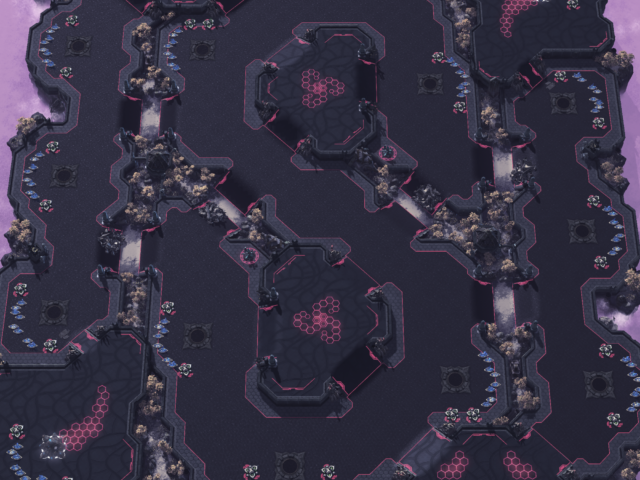 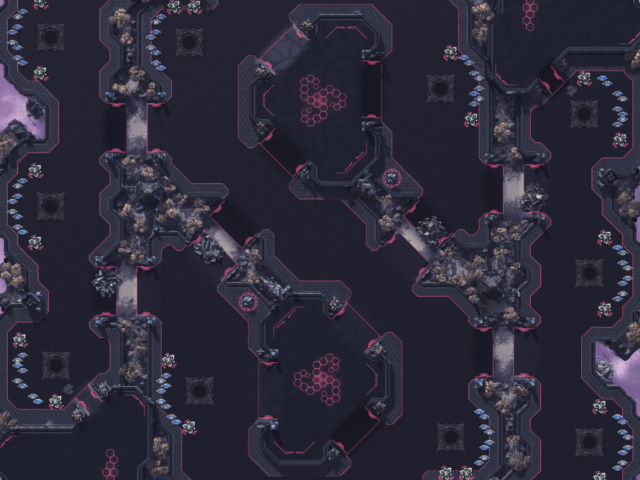