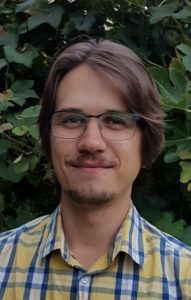 I am Philippe Cwik, a 28 years old guy that is in love with level design for nearly all his life. I focus on making high quality maps for multiplayer real-time strategy games. The eSports side of these games is a huge draw for me because seeing professional players exploit every single bit of my maps is something very satisfiying.

I started drawing Mario and Donkey Kong levels on paper when i was around 8 years old and then i was playing on them with my fingers.

Fast forward a few years, i discovered the competitive 1v1 map-making scene in Starcraft:Brood War. This hooked me and from that time i couldn’t stop creating levels designed for 1v1.

With the advent of Starcraft 2, i knew it was a great opportunity for me to get a lot better at level design. The editor gives a lot more possibilities and freedom but it taught me to pay a lot of attention to how easy is it to read the level and balancing the map for the three races in the game.

I peaked during 2012 where my most succesful map Cloud Kingdom was selected by Blizzard Entertainment to be used in official ranked matches and has been awarded as the Map of the Year 2012. If some of you played 1v1 in Starcraft 2 during that period, you most likely played on this map.

After 2012, i took multiple breaks from level design but i couldn’t resist coming back at it. I got hooked to Planetary Annihilation which gave me a new way to create maps for real-time strategy games. Even though their editor was quite limited in 2015, it was very interesting to toy with the planet mechanic that was turning flat maps into spheres.

And in 2018, i got hooked back into Starcraft 2 which had a lot of changes since i left it. I finally started using Unity and Unreal Engine to get some practice by making small games and environments. I use these opportunities to hone different level design skills.