This is a large map that is macro oriented thanks to the easily accessible third base in the pocket huging the main base. This base that a path that can be opened to have an easier access to the fourth base next to it at the cost of opening attack routes for the opponent. The players are encouraged to take positions closer to the center thanks to the large amount of high ground and watch towers that can cover many paths toward the defender’s bases. 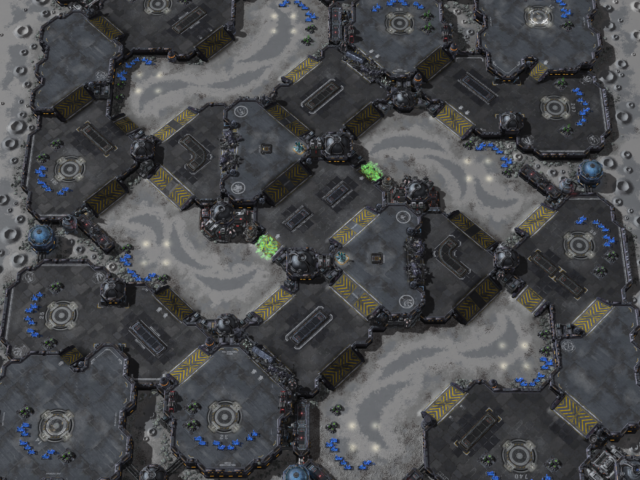 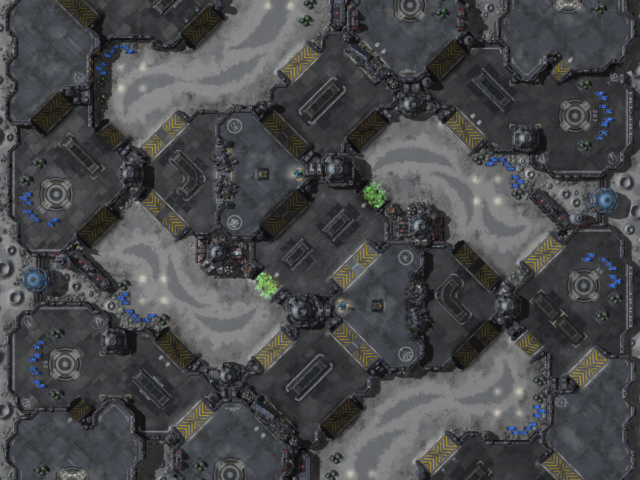