Large 4v4 map set in a classic lava fortress environment. The direct path between the players is initially blocked by two rich expansions. Mining those out will open a very short path. The starting base’s minerals are placed toward the middle of the fortress. Don’t worry, i’ve placed them precisely to not have workers to go to allies’ mineral fields. 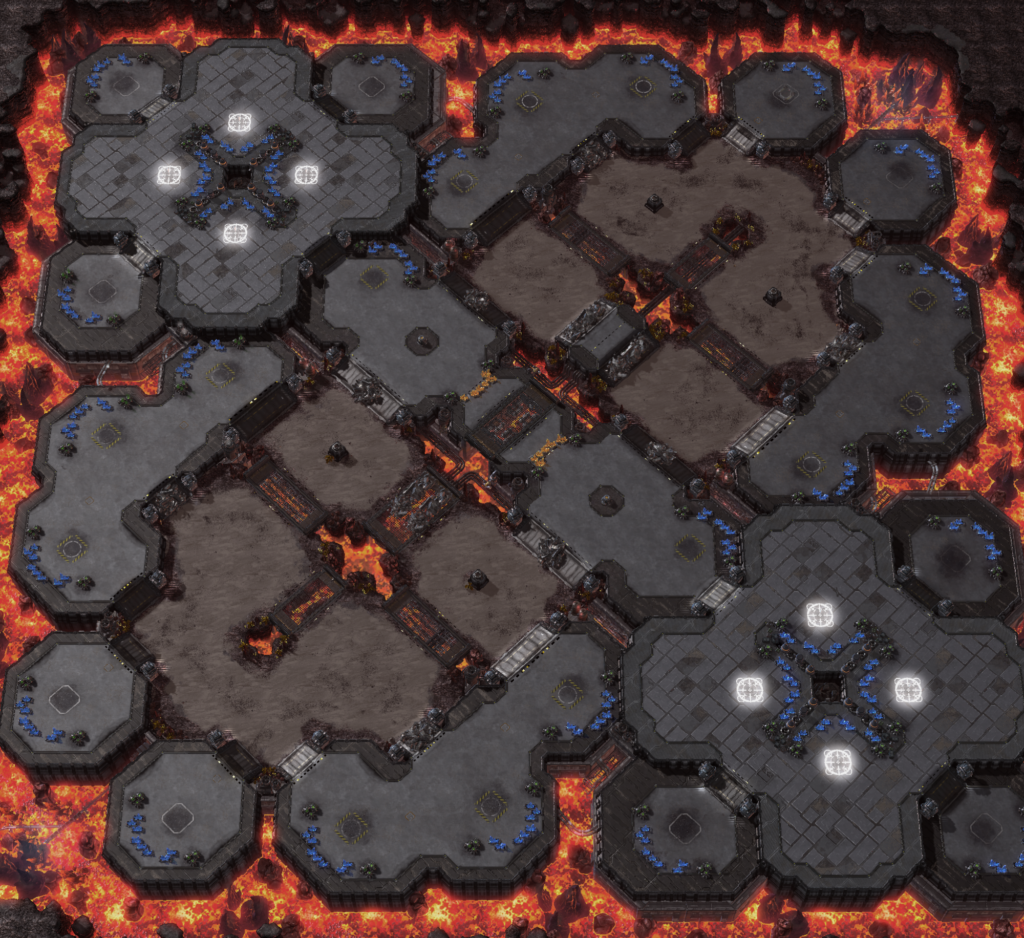 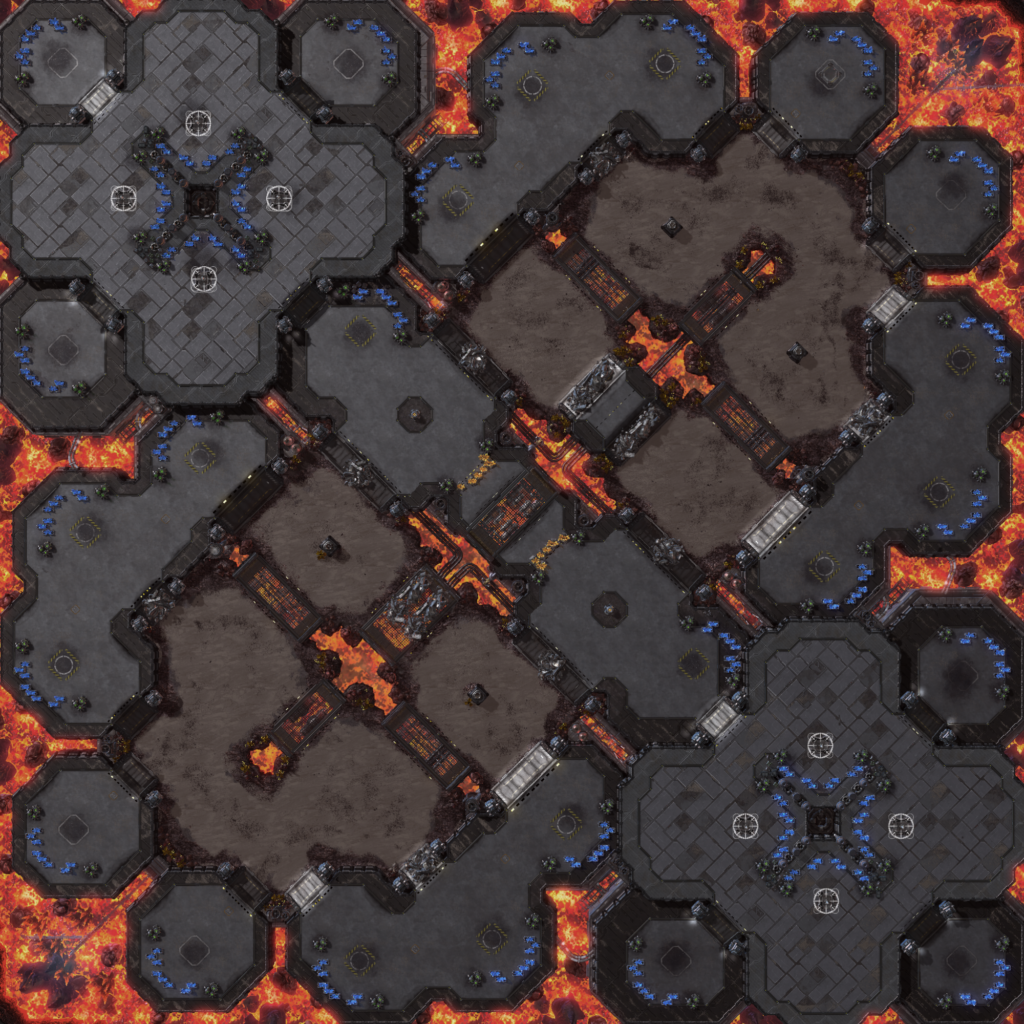