This map has been made for the Teamliquid Map Contest 14 for the Challenge #2 – “ Adrenaline Rush ”. This contest is organized by Teamliquid at the request of Blizzard Entertainment. It has been added into the official 1v1 ladder map pool on April 4th 2021.

Here is the list of the distinctive features of the map:

This map is currently the smallest ladder map ever tied with Jungle Basin (made by Blizzard in 2010). Small maps are tough to balance, especially because of the short reaction time available for Zerg against Terran. Additionally, the terrain features around the third base locations also favor Terran players thanks to the Siege Tank’s range. 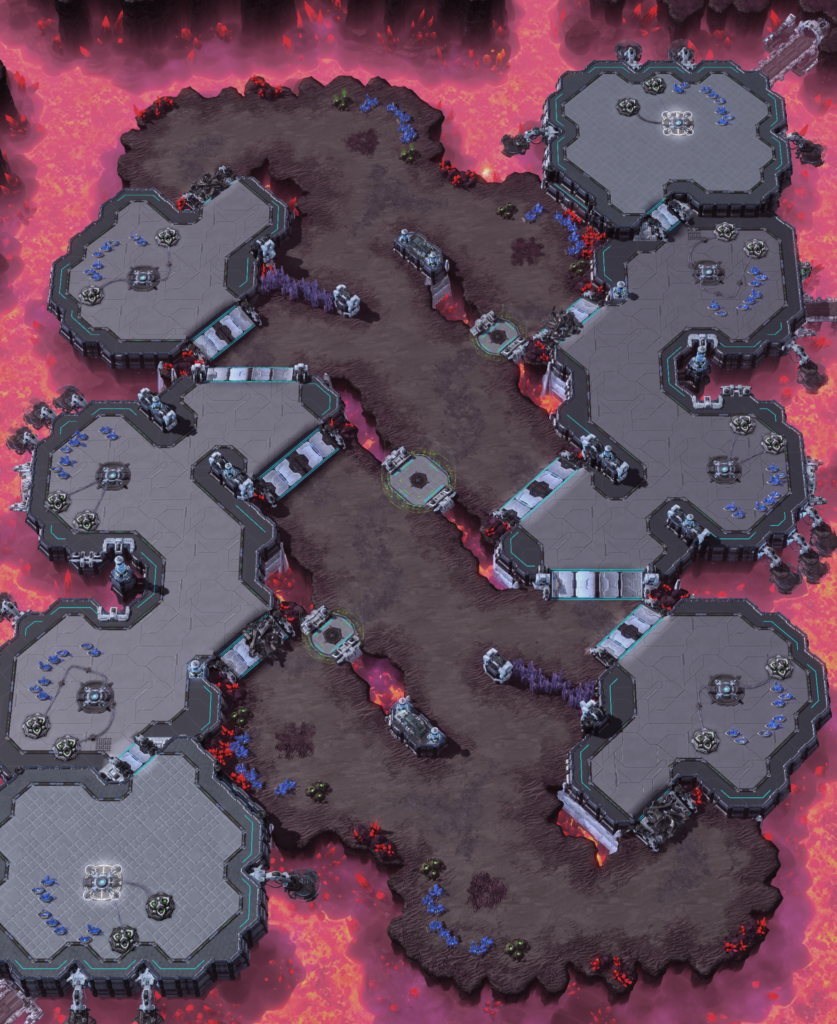 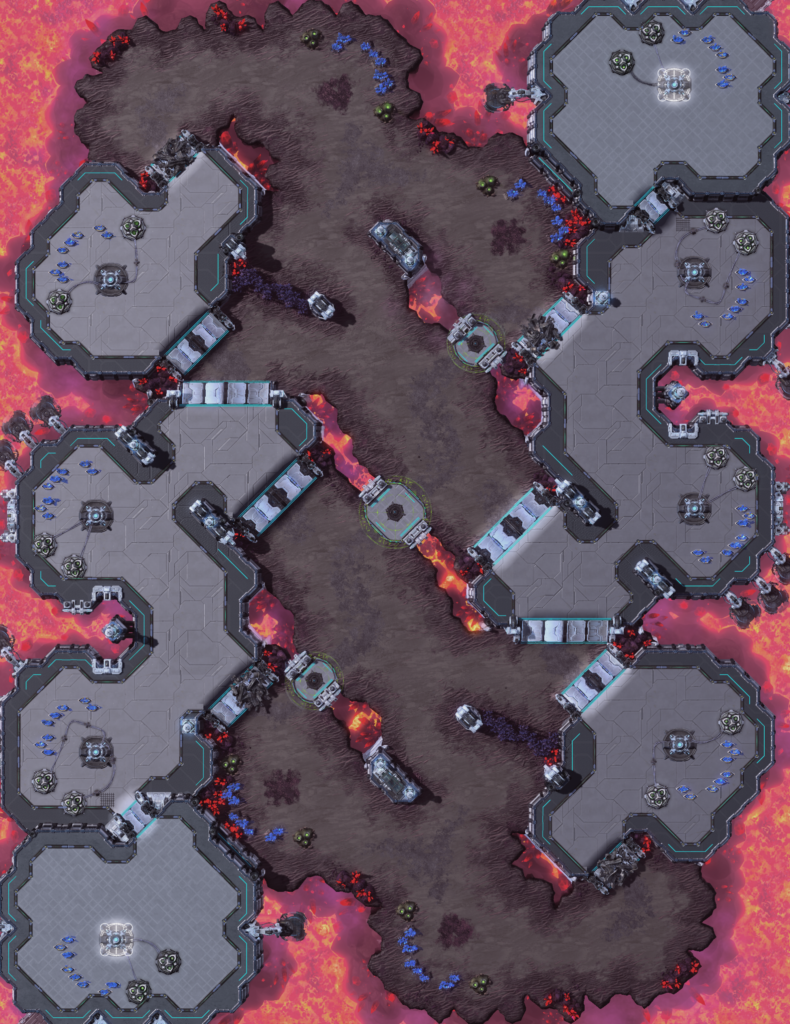