This map uses the bridge choke feature to its fullest. All the bridges are unbuildable and can be blocked like a regular ramp. The double bridges encourage players to micro more their armies to go through both bridges at the same time. As usual, longer paths give better attack angles. Expanding horizontally and vertically are both viable depending on how aggressive your game plan is. Resubmission from the Teamliquid Map Contest 10 with significant edits to the width of the paths. 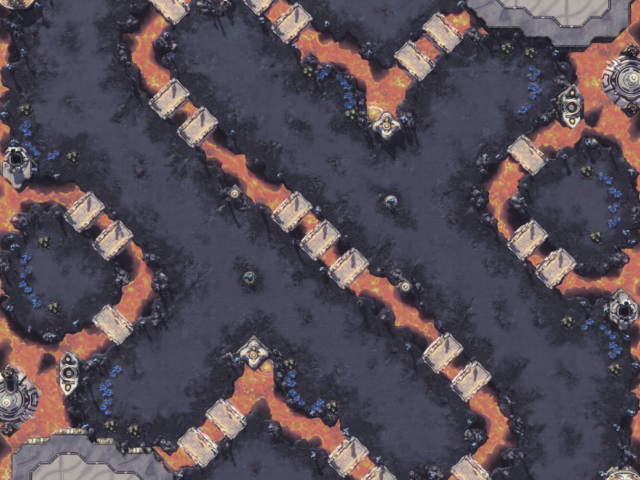 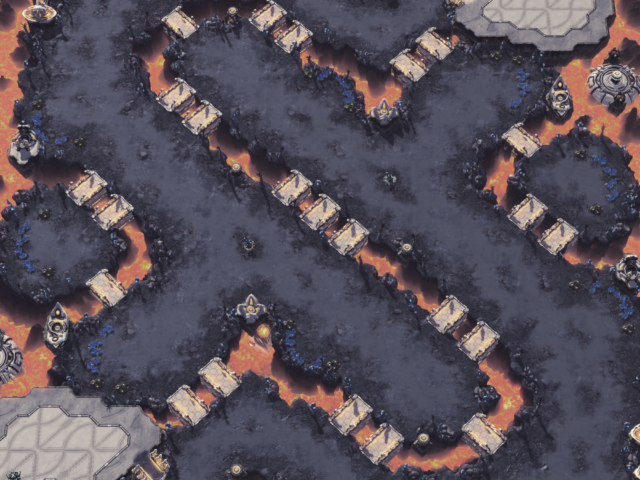 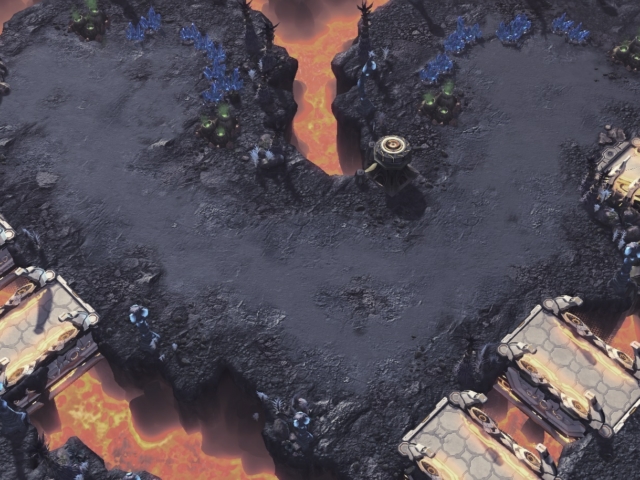 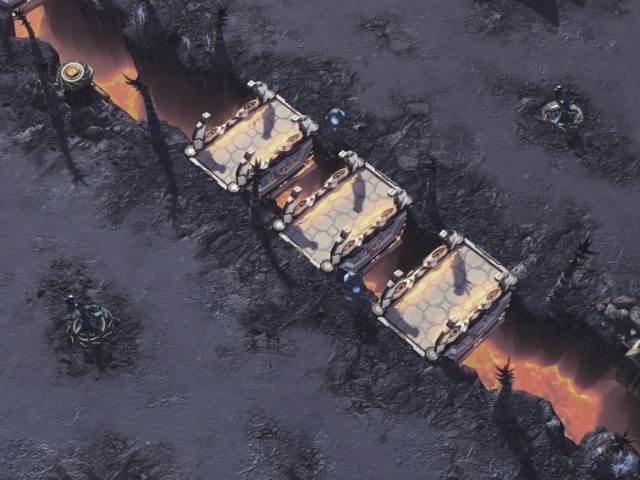 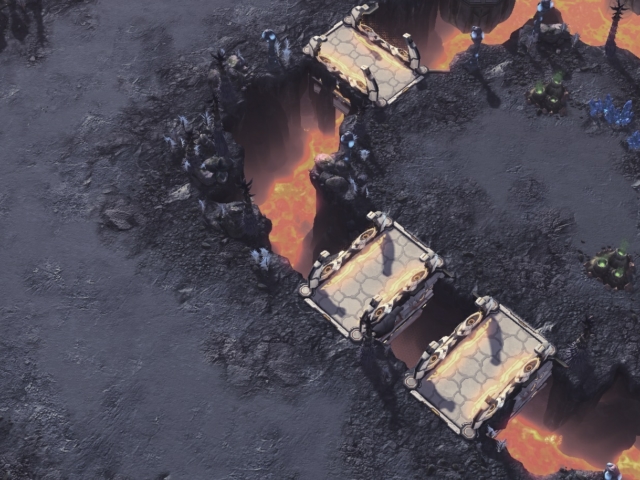 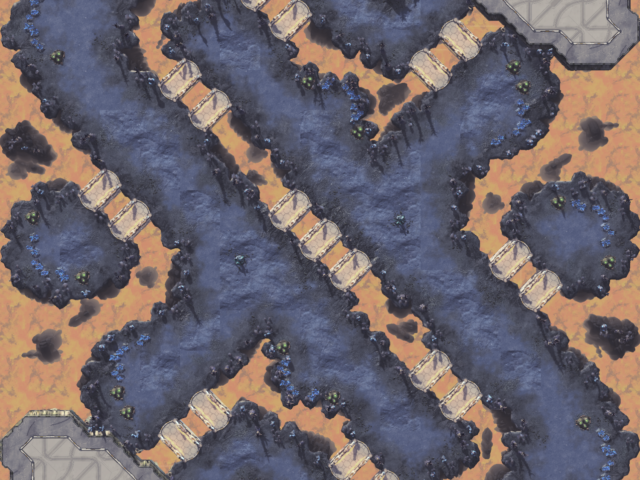 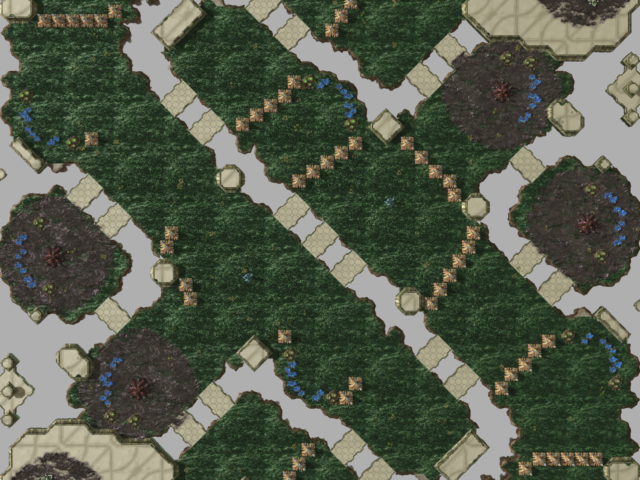