Wide map with a spiral pattern that leads to interesting expansion layouts, army positioning and movements. The four middle highground areas limit army movements in a way that even if you have this great forward position, it cannot defend in every direction. Taking only the expansions on the side gives less chokes to defend but restricts the attack angles while giving more opportunities for air attacks. Claiming the highground expansion gives many attack opportunities in multiple direction but defending the expansions on the sides is a lot more difficult. In this case, expanding toward the opponent will be required but will also give some cover from air attacks toward the natural base. 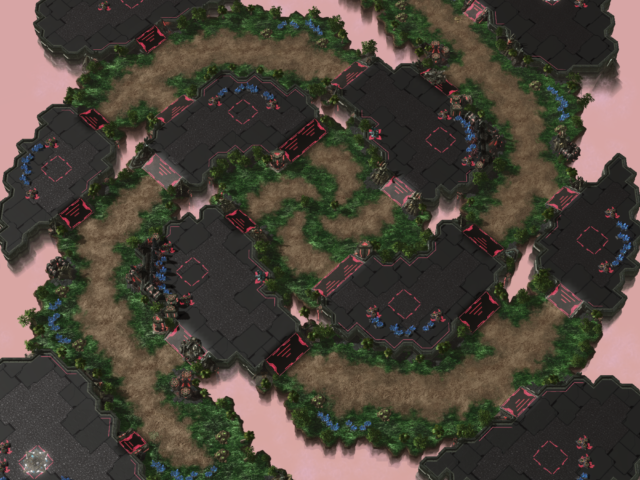 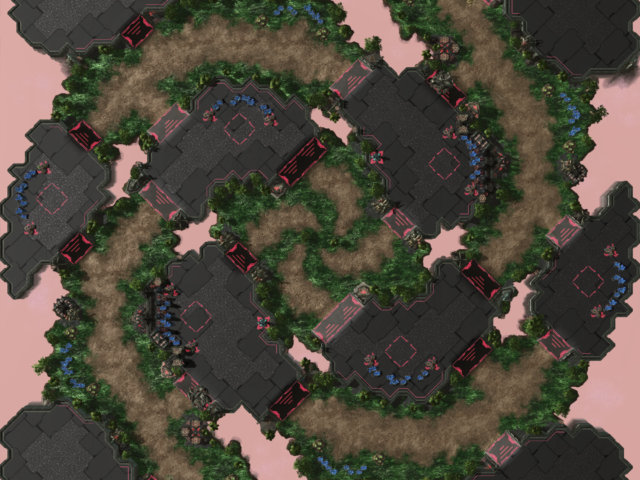 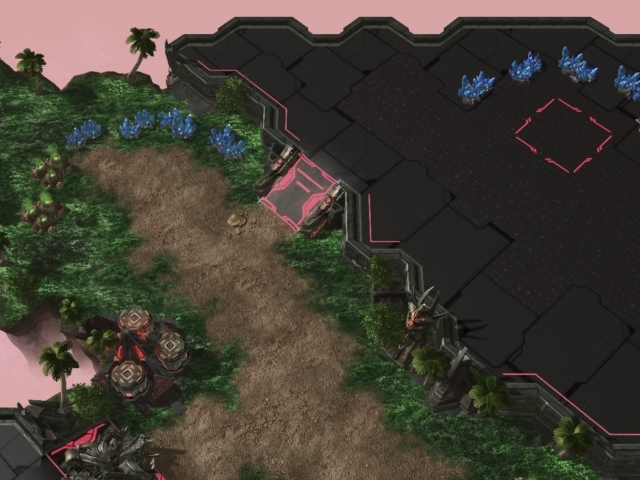 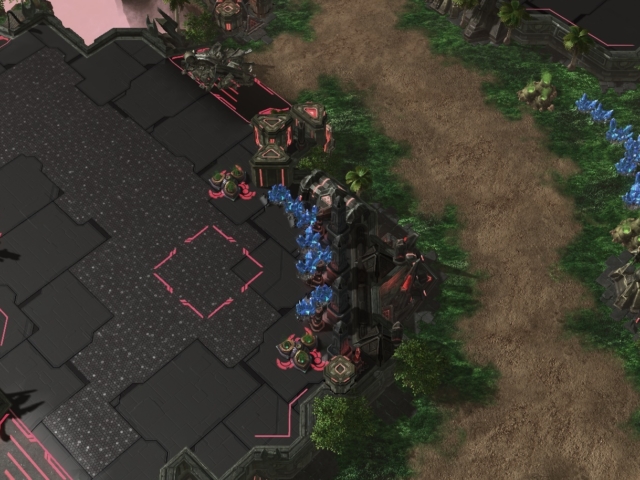 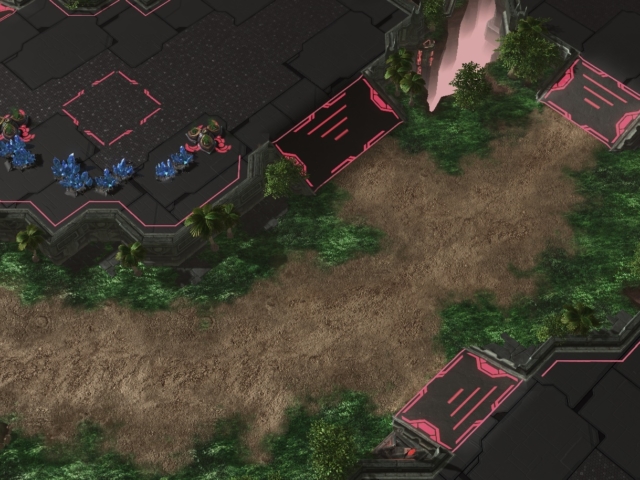 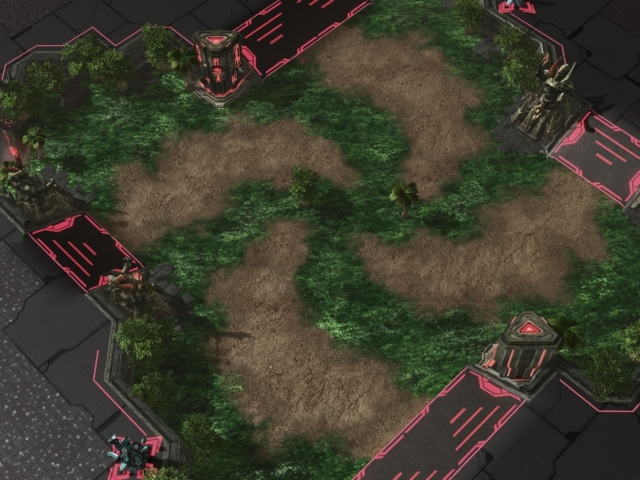