On this map, they are used in combination with large areas of line of sight blockers (LoS). The LoS are intentionally placed in a checker pattern to drastically reduce the vision of ground units which don’t have air support. But since there are many RMT inside the LoS forest, it is hard to keep the vision over those areas. The players can make a decision to keep or destroy RMT defensively or offensively. Destroying the RMT with ground units requires the vision of air units but they need to keep distance with the RMT. This process takes some attention and micro from that player. The RMT can delay attacks that contain air units The defender can see from his side if the RMT are being attacked and then can decide to ambush the attacker army while it is occupied. 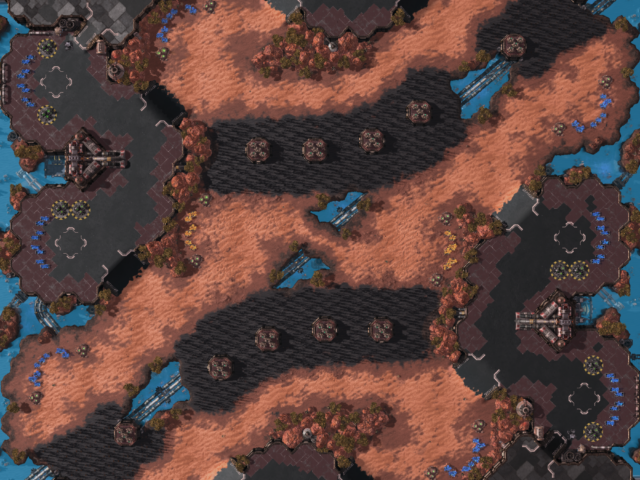 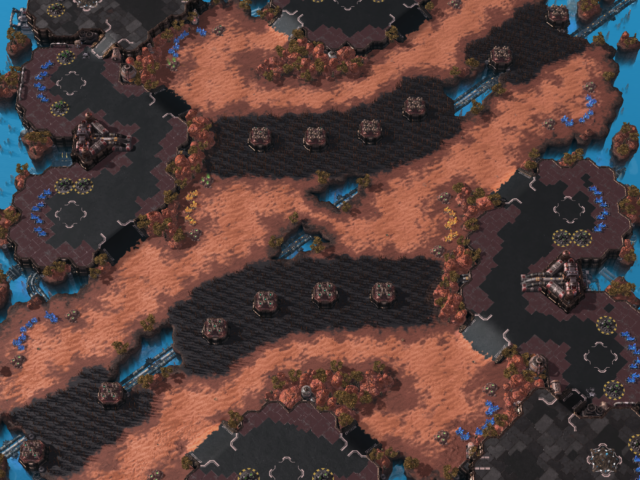 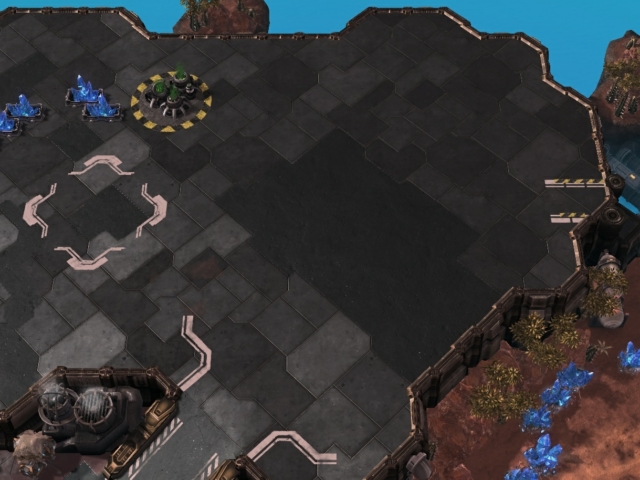 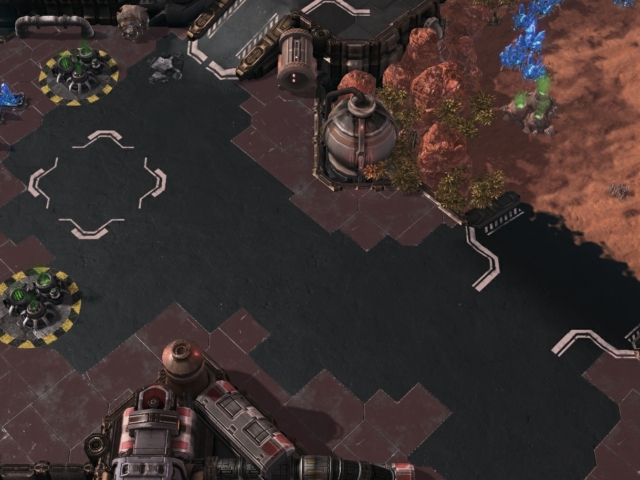 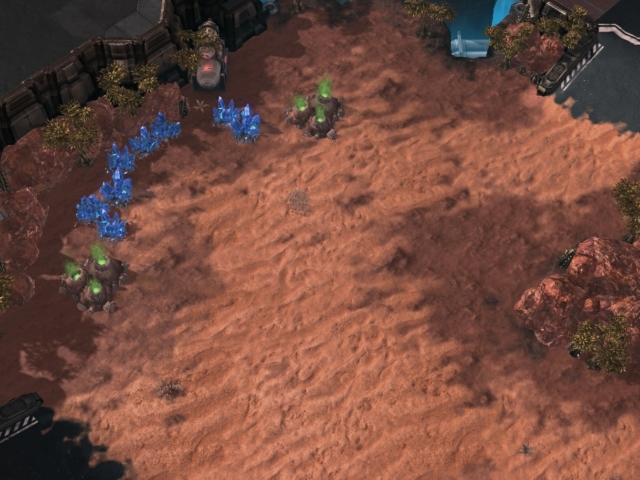 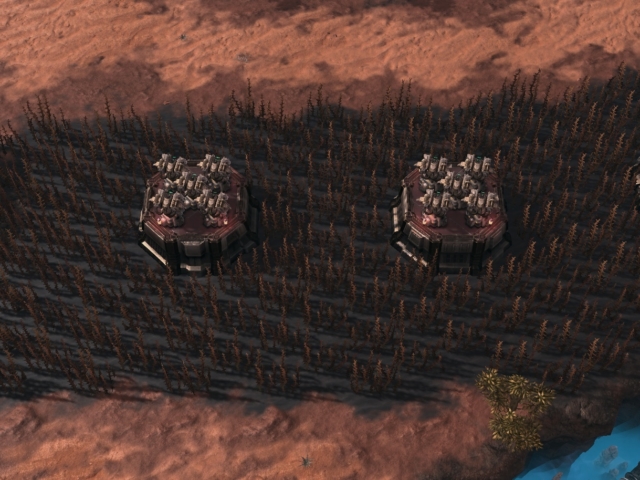 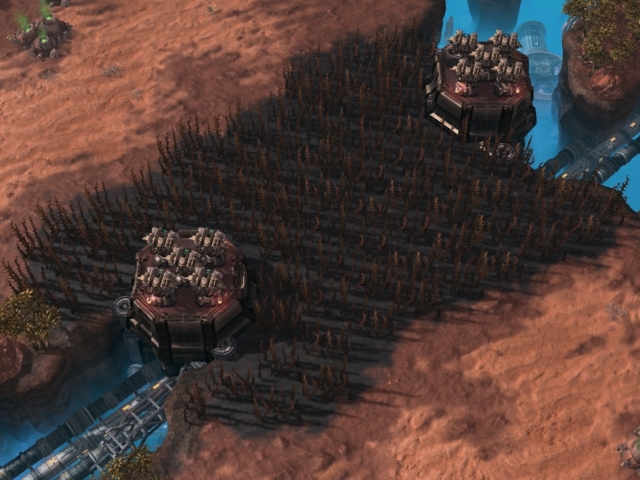 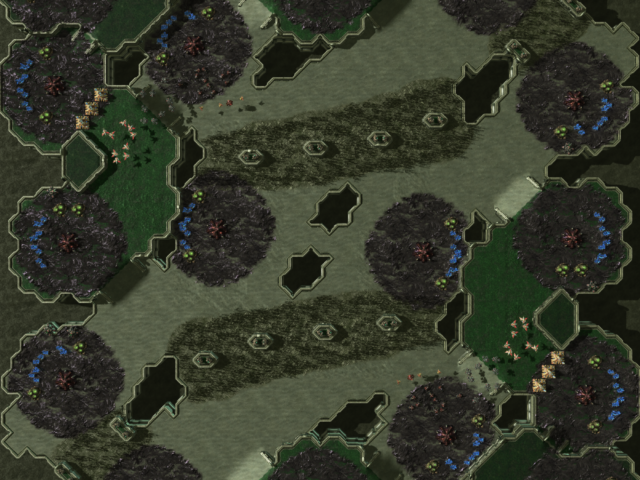 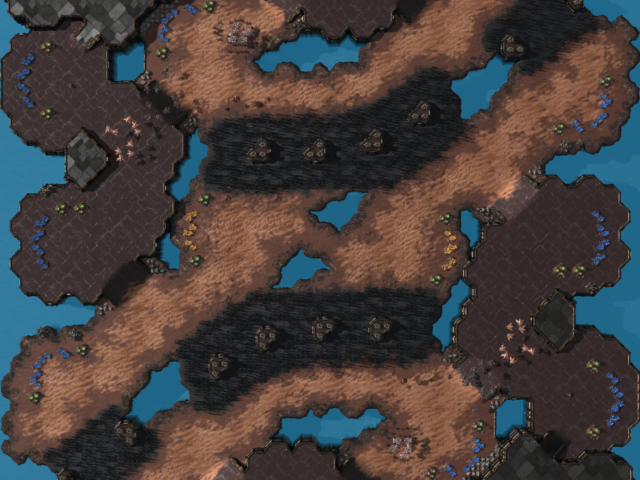