This map has been made for the Teamliquid Map Contest 13 for the Challenge #2 – “ Slowly but surely ”. This contest is organized by Teamliquid at the request of Blizzard Entertainment. It has been added into the official 1v1 ladder map pool on March 10th 2020.

Inhibitor Zone Generators (IZG) received a negative impression from players. This is mainly because getting slowed feels bad in all games. I thought about how IZGs could be used while reducing the frustrating sensation of players. This is why i choosed to use IZGs exclusively in areas where only air units can be affected.

To fully use air only IZGs, i decided to use a map layout where both players start very close by air like back in the days on lost temple. I compensate the short air travel time by filling the air gap with IZG. I kept a small space that isn’t slowed on the edge of the map. This route allows for a safer attack and retreat path for air drop and harass.

The power of air play toward the main base is reduced because the attacker’s units will get hit a few more times by the defender if they go straight through the IZG. The ground rush distance is quite long to bait players to still go for air units even if they are weaker in this map. 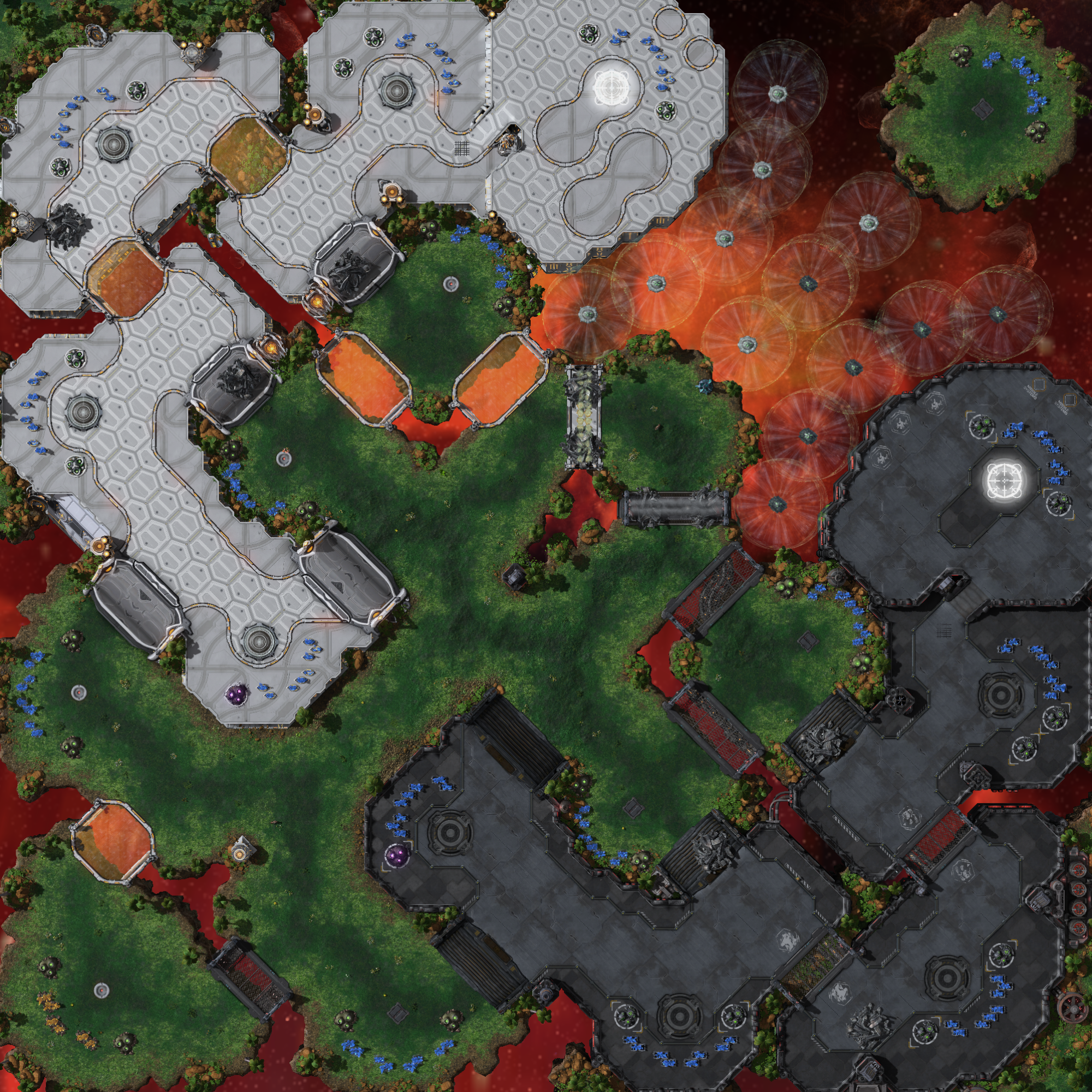 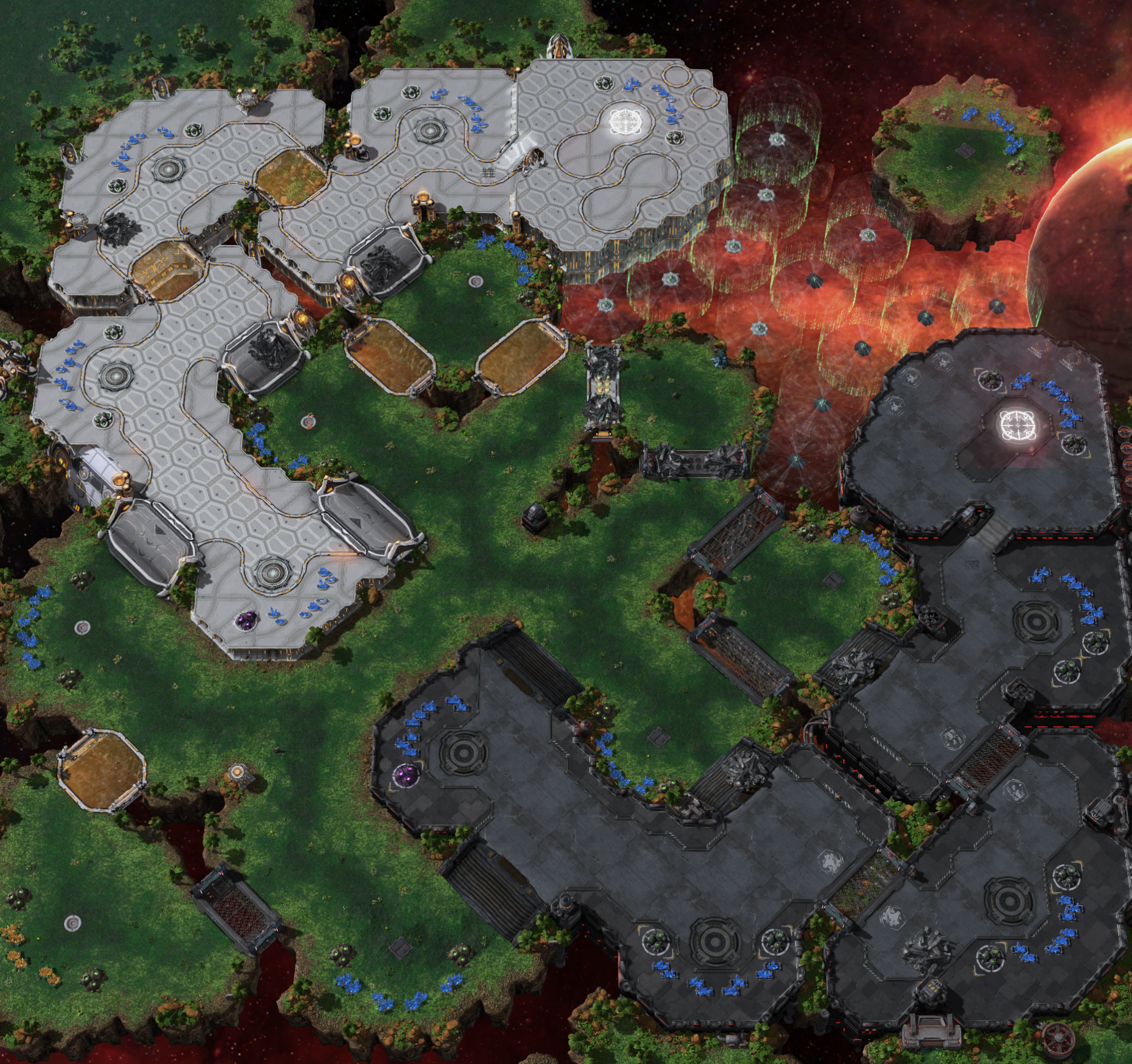 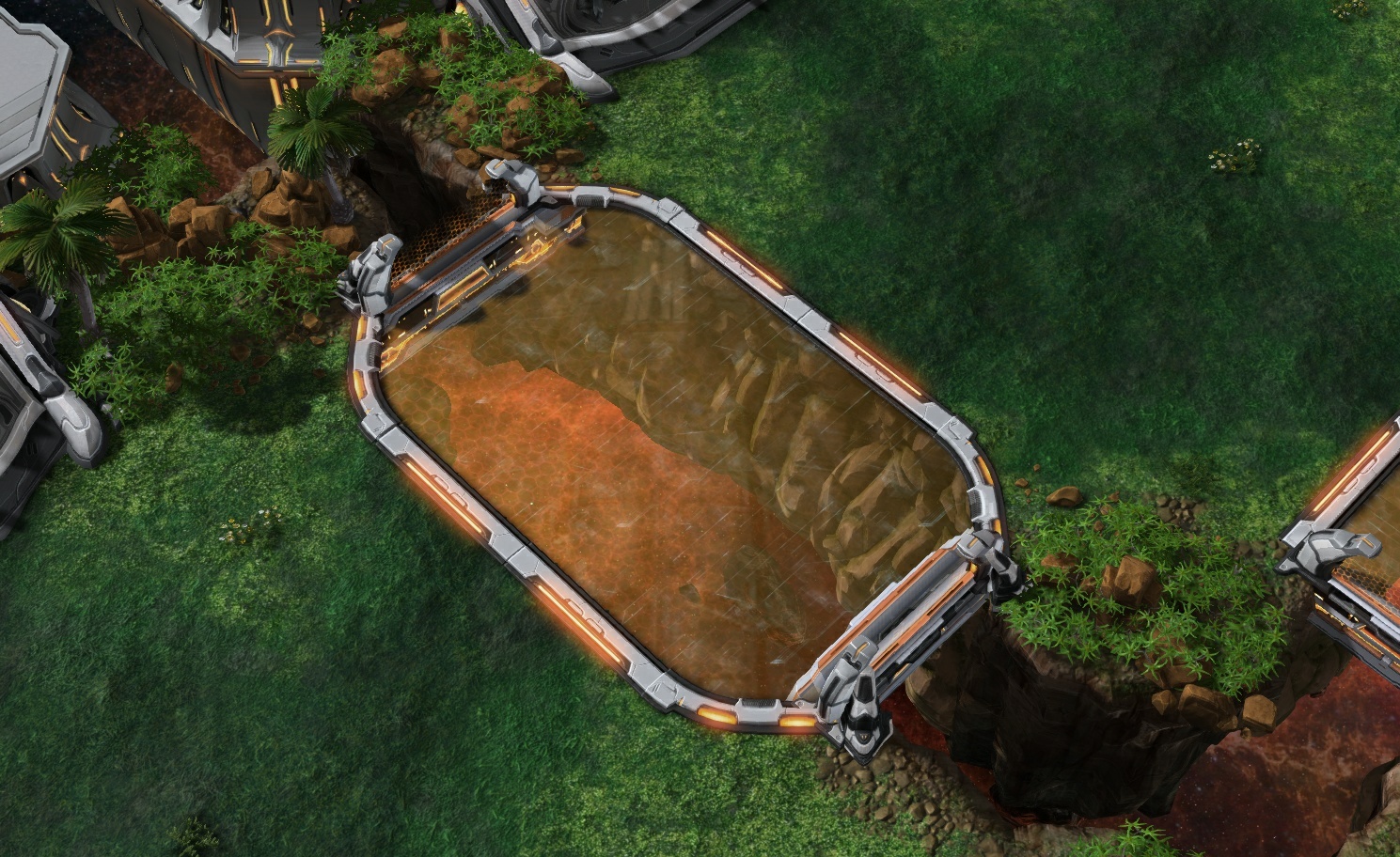